Khmer /kmɛər/[4] or Cambodian (natively ភាសាខ្មែរ [pʰiːəsaː kʰmaːe], or more formally ខេមរភាសា [kʰeɛmaʔraʔ pʰiːəsaː]) is the language of the Khmer people and the official language of Cambodia. With approximately 16 million speakers, it is the second most widely spoken Austroasiatic language (after Vietnamese). Khmer has been considerably influenced by Sanskrit and Pali, especially in the royal and religious registers, through the vehicles of Hinduism and Buddhism. It is also the earliest recorded and earliest written language of the Mon–Khmer family, predating Mon and by a significant margin Vietnamese.[5] The Khmer language has influenced, and has been influenced by, Thai, Lao, Vietnamese, Chinese and Cham, all of which, due to geographical proximity and long-term cultural contact, form a sprachbund in peninsular Southeast Asia.[6]

Khmer is primarily an analytic, isolating language. There are no inflections, conjugations or case endings. Instead, particles and auxiliary words are used to indicate grammatical relationships. General word order is subject–verb–object, and modifiers follow the word they modify. Classifiers appear after numbers when used to count nouns, though not always so consistently as in languages like Chinese.

Khmer differs from neighboring languages such as Thai, Burmese, Lao and Vietnamese in that it is not a tonal language. Words are stressed on the final syllable, hence many words conform to the typical Mon–Khmer pattern of a stressed syllable preceded by a minor syllable. The Khmer script is an abugida descended from the Brahmi script via the southern Indian Pallava script; its features include subscripted versions of consonants used to write clusters, and a division of consonants into two series with different inherent vowels. 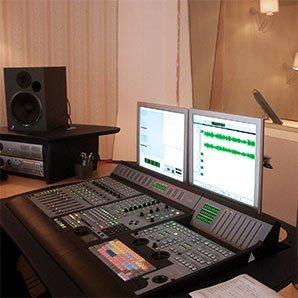